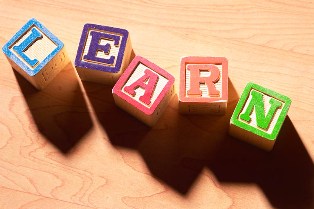 What is a collocation؟Reviewed by MiNeRVa on May 24Rating:

What is a collocation ?

A collocation is two or more words that often go together. These combinations just sound “right” to native English speakers, who use them all the time. On the other hand, other combinations may be unnatural and just sound “wrong”.

Your language will be more natural and more easily understood.
You will have alternative and richer ways of expressing yourself.
It is easier for our brains to remember and use language in chunks or blocks rather than as single words.

How to learn collocations

Be aware of collocations, and try to recognize them when you see or hear them.
Treat collocations as single blocks of language. Think of them as individual blocks or chunks, and learn strongly support, not strongly + support.
When you learn a new word, write down other words that collocate with it (remember rightly, remember distinctly, remember vaguely, remember vividly).
Read as much as possible. Reading is an excellent way to learn vocabulary and collocations in context and naturally.
Revise what you learn regularly. Practice using new collocations in context as soon as possible after learning them.
Learn collocations in groups that work for you. You could learn them by topic (time, number, weather, money, family) or by a particular word (take action, take a chance, take an exam).
You can find information on collocations in any good learner’s dictionary. And you can also find specialized dictionaries of collocations.

There are several different types of collocation made from combinations of verb, noun, adjective etc. Some of the most common types are:
Adverb + Adjective: completely satisfied (NOT downright satisfied)
Adjective + Noun: excruciating pain (NOT excruciating joy)
Noun + Noun: a surge of anger (NOT a rush of anger)
Noun + Verb: lions roar (NOT lions shout)
Verb + Noun: commit suicide (NOT undertake suicide)
Verb + Expression With Preposition: burst into tears (NOT blow up in tears)
Verb + Adverb: wave frantically (NOT wave feverishly)
Sample Collocations

There are several different types of collocation. Collocations can be adjective + adverb, noun + noun, verb + noun and so on. Below you can see seven main types ofcollocation in sample sentences.

1. adverb + adjective
Invading that country was an utterly stupid thing to do.
We entered a richly decorated room.
Are you fully aware of the implications of your action?

2. adjective + noun
The doctor ordered him to take regular exercise.
The Titanic sank on its maiden voyage.
He was writhing on the ground in excruciating pain.

3. noun + noun
Let’s give Mr Jones a round of applause.
The ceasefire agreement came into effect at 11am.
I’d like to buy two bars of soap please.

4. noun + verb
The lion started to roar when it heard the dog barking.
Snow was falling as our plane took off.
The bomb went off when he started the car engine.

5. verb + noun
The prisoner was hanged for committing murder.
I always try to do my homework in the morning, after making my bed.
He has been asked to give a presentation about his work.

6. verb + expression with preposition
We had to return home because we had run out of money.
At first her eyes filled with horror, and then she burst into tears.
Their behaviour was enough to drive anybody to crime.

7. verb + adverb
She placed her keys gently on the table and sat down.
Mary whispered softly in John’s ear.
I vaguely remember that it was growing dark when we left.